Why I Protest
Prev Next

Nee, who didn't provide her last name, poses for a portrait with her son Semaje Williams, 11, of Oakland, outside of 150 Broadway in Oakland, Calif., on Friday, June 5, 2020. Nee, 31, is a licensed medical personnel, emergency room technician. Nee says her son was teargassed by Oakland police officers during a George Floyd protest last week. Floyd, a 46-year-old Black man, was killed by a Minneapolis police officer last week.

“To be medical personnel, to be part of the first responder team, and then to keep seeing that other first responders are harming the people instead of helping the people — we see what’s going on and we know that it’s wrong. We cannot keep allowing law enforcement to hurt the people just so they can bring them to us and expect for us to save them.” 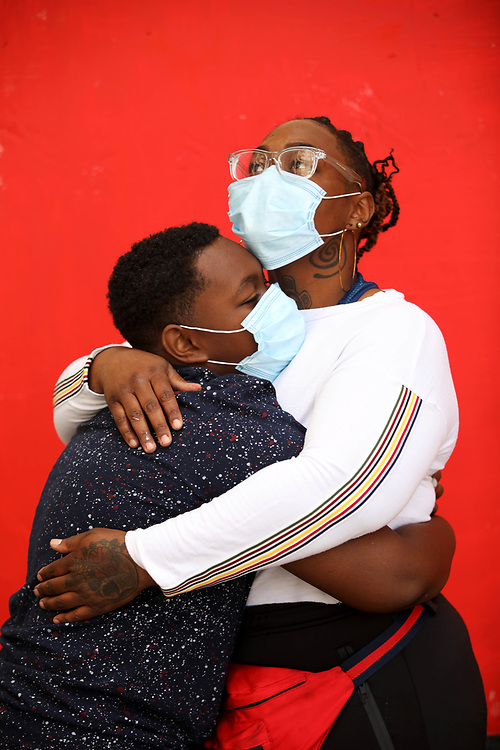