Why I Protest
Next

Artists, business owners, students and many others are standing up for their right to breathe

The demonstrations against police violence in the wake of George Floyd’s death at the hands of police in Minneapolis have been an awakening for some white Americans to systemic racism in the United States.

But for black people, this reality is nothing new. It is their existence from birth. In a private home or on a public street, black life is fragile because blackness is often regarded as a threat.

Black people have been protesting police violence in communities for decades, yet the country hasn’t responded with racial equity and police reform. Will it happen this time?

Their voices can no longer be dismissed or ignored.

“I need to hear from us,” James said of those she made portraits of. “We need to utilize this space for them.”

The protesters talked about how they feel about this moment, and why they had come out to protest.

Absorb their words. Justice and peace won’t be served until black voices are heard, appreciated and amplified.

The interviews have been edited and condensed for clarity.

Nuri Nusrat, 40, left, of Oakland, Alysa Wilson, 31, of Oakland, and Minerva Arias, 38, from Washington Heights in New York City, prepare an ancestral altar in front of Cece Carpio's "We Got Us" mural at 14th and Broadway during a George Floyd protest at Frank Ogawa Plaza in Oakland, Calif., on Thursday, June 4, 2020. Floyd, a 46-year-old Black man, was killed by a Minneapolis police officer last week. 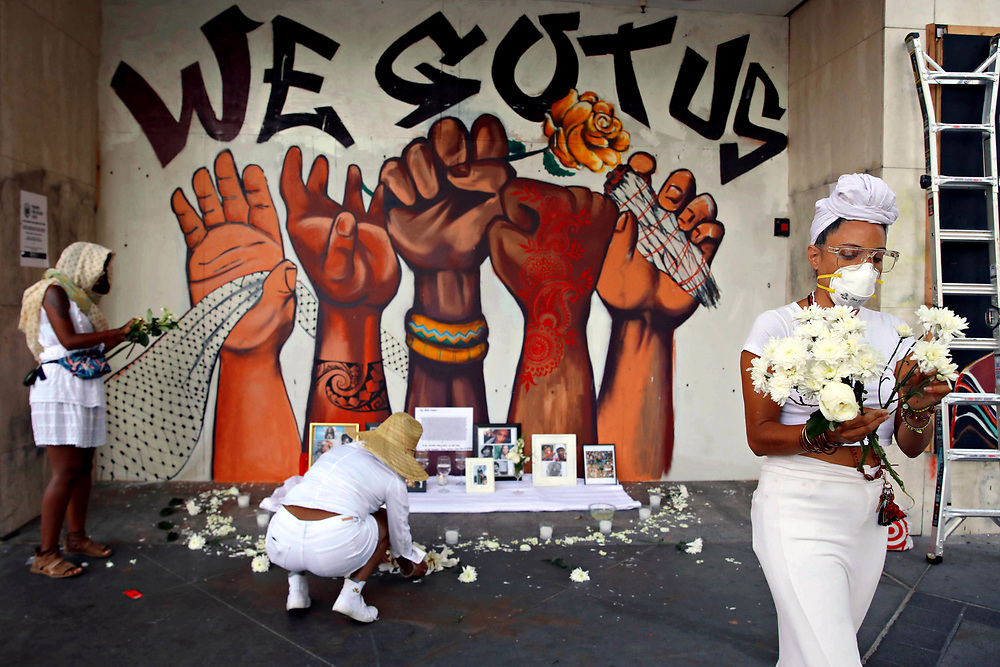