The Death of Darrius Stewart
Prev Next

The Death of Darrius Stewart

September 9, 2015 - A Memphis activist participates in a die-in demonstration while holding the name of someone killed by Memphis police during an event at the Brooks Museum of Art. After a few minutes, the small group of protestors exited the facility chanting, "Black Lives Matter."

As of December 16, 942 people have been shot and killed by police, according to The Washington Post. Nineteen of those persons were from Tennessee. Nationally, 32 of them were unarmed and black, including Stewart, a 19-year-old man from Memphis, who was killed by Memphis police officer Connor Schilling following a traffic stop in Hickory Hill. (Yalonda M. James/The Commercial Appeal) 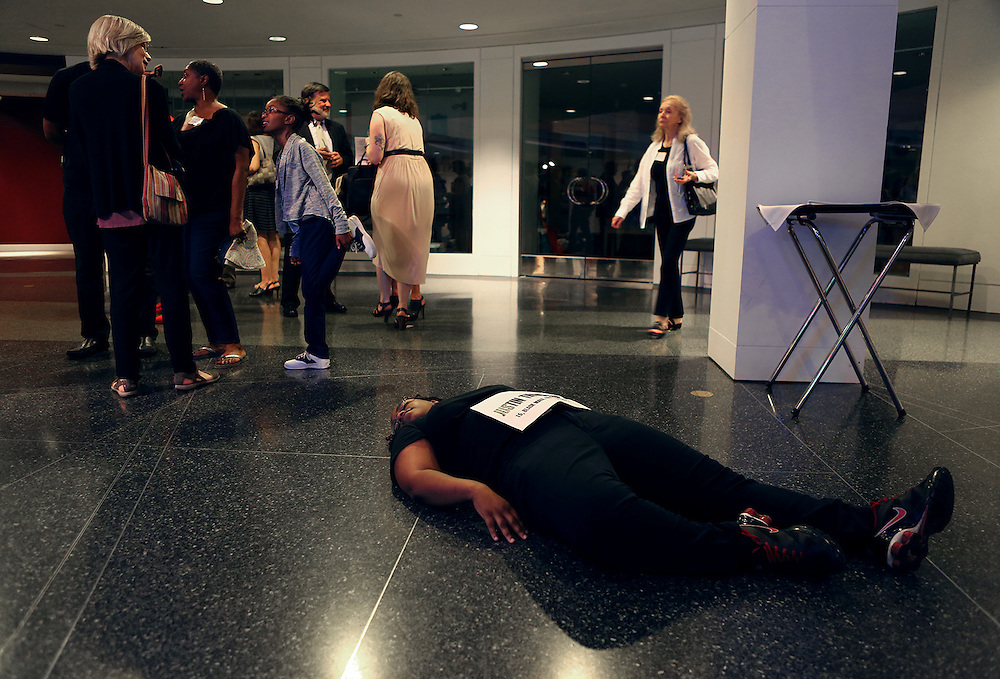