The Death of Darrius Stewart
Prev Next

The Death of Darrius Stewart

November 3, 2015 - Darrius Stewart's father, Henry Williams, turns his face away from the cameras during a press conference with his attorneys at the Shelby County Courthouse at 140 Adams Ave. Tuesday. A grand jury declined to indict Memphis police officer Connor Schilling in the shooting death of Williams's 19-year-old son. Stewart was a passenger in a vehicle that police said was pulled over for a headlight violation on July 17. He was put in the back of a squad car while Schilling ran warrants.

After Schilling verified the warrants, police said, the officer opened the door to the car to handcuff Stewart. Police said Stewart kicked the door and attacked Schilling, striking him with the handcuffs. Schilling chased him and, according to video, they tussled on the ground. Schilling shot him, and Stewart died of two gunshot wounds. (Yalonda M. James/The Commercial Appeal) 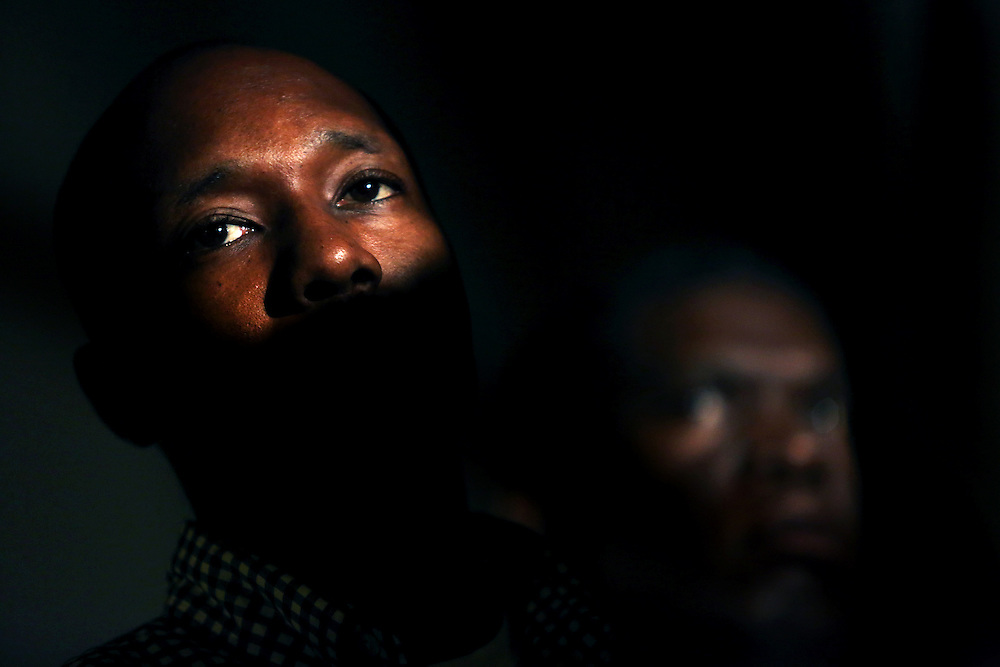