April 15, 2015 - With her lips pursed, Sharon Garner stands alone wearing a black cotton t-shirt with a picture depicting her late son. She is also holding a golden foil balloon near the site, in the Hyde Park neighborhood, where her son’s life was cut short. She plans to release the star shaped object in memory of her loved one.

One year ago her son, Bruce Whitmore, Jr., was shot and killed following a fight after asking a group of guys to turn down their music on the 2100 block of Clayton Ave. He was 29.

As children run and play near her, Garner comments that all violence needs to stop. In light of her son’s death, and two Memphis girls dying from recent drive-by shootings, she mentions parents should teach their offspring about the importance of nonviolence.

"Guns is not the answer," Garner voices. “He (Bruce) was a good father. He has 6 kids, and now they're without a father. His sisters and brothers are without a brother, a mother without a son. It's just hard."

("1,000 Words" is a pictorial commentary on events in Greater Memphis and around the world. Today's "1,000 Words" was written by Yalonda M. James, a Commercial Appeal photographer.) 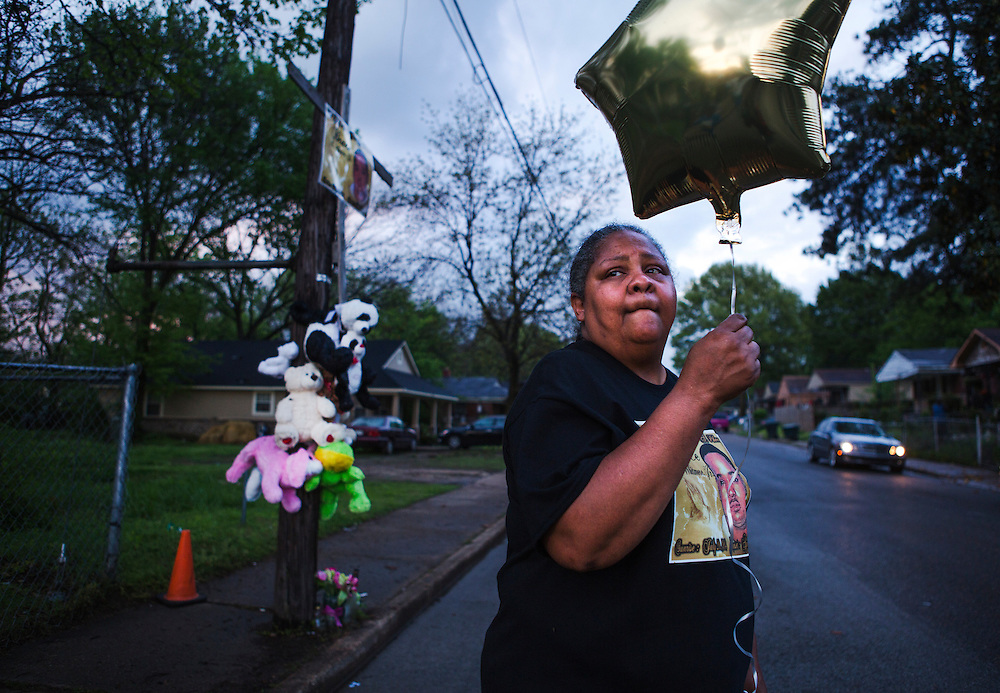