Confederate Monuments: Should They Stay or Go?
Prev Next

Confederate Monuments: Should They Stay or Go?

Confederate Monuments: Should They Stay or Go?

August 15, 2017 - Activist Yuleiny Escobar quietly sits on a sidewalk during a protest near the statue of Nathan Bedford Forrest, the late former slave trader, Confederate general and Ku Klux Klan member at Health Sciences Park early on Tuesday morning. Escobar and a small group of protestors were told by Memphis police officers to leave the park because it was closed. Some activists stated MPD collected their names, numbers, and identification.
"All of our events have been nonviolent, peaceful events and it doesn't matter if only five of us show up, they send twenty plus police officers," said Hunter Demster of Coalition of Concerned Citizens.
The action comes days after three people lost their lives following a white nationalist rally called "Unite the Right" in Charlottesville, Virginia. Over the weekend, hundreds of white nationalists participated in a rally at the University of Virginia to protest the proposed removal of the Confederate Gen. Robert E. Lee statue.
Last October, the Tennessee Historical Commission denied Memphis City Council's application to relocate Forrest's statue. A protest held at Health Sciences Park on Saturday continued the call to have the statue removed. The city is preparing to sue Tennessee to remove Memphis's two Confederate monuments: Forrest, in Health Sciences Park, and Confederate President Jefferson Davis, that is located at Mississippi River Park in Downtown, according to City Attorney Bruce McMullen. This news comes a day after Mayor Jim Strickland condemned white supremacists for the violence in Charlottesville. (Yalonda M. James/The Commercial Appeal) 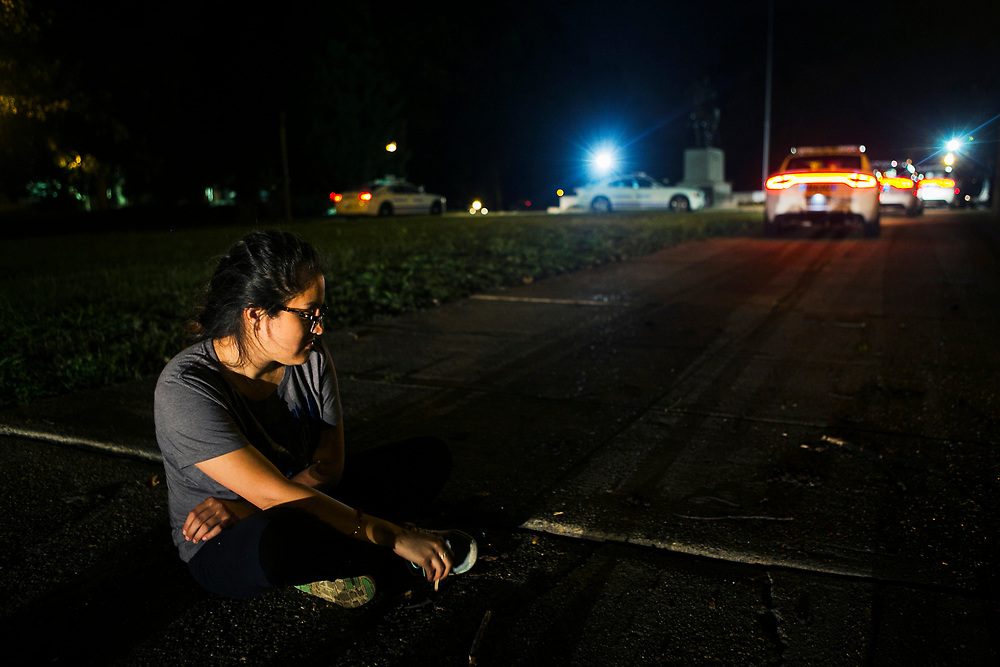